The problem with Provence is that it would take months to adequately take in the key sights. So you can imagine with only six days available to you, you are grinding your knuckles as casualties are sacrificed off your list. One such sacrifice we were not prepared to make was a daytrip to Avignon and the mighty Pont du Gard.

I did not realise that Avignon was a walled city and being a lover of walled cities, hence I was delighted as we navigated our car through one of the many city gates. The city was surprisingly compact and a treat for the senses with an abundance of leafy trees lining the sidewalks, cafes spilling out with people enjoying a midday wine and a soaring Cathedral reminiscent of something that should be perched in the mountains (maybe Hogwarts?!). We meandered around taking in the expansive squares, and gazed out at the remains of the Saint-Bénezet bridge, also known as Pont d’Avignon. It was only the heat that drove us to our next destination as I could easily pass the time in one of the many cafes hidden amongst the sprawling cobblestone streets.

Although the Pont du Gard is technically a free attraction, you are of course stung with the parking as it is basically impossible to avoid when entering the obvious entrance. However there is no way you can legitimately grumble about the parking fee when you set your eyes on the sight which is the Pont du Gard. What a feat of ancient engineering. I fascinated myself by imagining the aqueduct in full function, water freely flowing city to city. Ah, the Romans, you cleaver kids! You’ve been everywhere!

As much as I would like to say I pondered the wonders of the ancient Roman population for the entirety of the visit, I was violently swayed by the expanse of glorious river which was beckoning me by name. Before you knew it both Joel and I were giddy with excitement, tossing ourselves off the rocky banks, grateful for the cool sensation on our parched bodies (remember – it’s 40 degrees!). The hundreds of kayakers paddling under this historical monument looked up in awe as they passed through. I fleetingly wished that I had the foresight to arrange to do the same – I would recommend it if you are visiting the area. I felt woefully inadequate without any water craft!! But what we lacked in water craft we made up for in somersaults and cannon bombs off the bank until Geoff & Marjorie ran out of shade (and tea), and the four of us retired to Goult for the eve!

The Tour de France captures the idealistic imagination of the world. Most of us have probably sympathised with the cyclists moving at a pace up “Heartbreak Hill” aka Mount Ventoux. We endeavoured to trace their wheels in a more leisurely fashion i.e. a car. It took longer than we expected as we navigated bend after bend, and gawked at cyclist after (mad) cyclist who somehow decided that it was a good idea to also attempt Heartbreak Hill in 40 degree heat. Upon arrival at the top we found that it was barren and held nothing of significance other than the expansive views and some leisurely deck chairs. Technically I felt I did not deserve to sit in a deck chair given that I arrived by car, so my rendezvous in the chair was brief!

A theme in our holiday was the continual pursuit of water. When you google “swimming spots in Provence”, there are not a whole lot of takers. Some online digging brought up the discovery of a hidden gem, full of locals (and us). We perched on the banks of the Ouvèze river near the town of Mollans-sur-Ouveze and languished in the cool water, alternatively going for explorations up the canyon, which with its white walls, was as pretty as a picture.

Being quite far from home we look a scenic trail back which took us through Le Barroux where I captured the most peaceful and stirring memory of our whole trip through France. It is hard to describe so I will let the picture do the talking. Vineyards flanked by the silhouette of distant mountains, the softness of the setting sun dancing patterns as the vineyards rustled in the breeze…..this moment was close to bliss. To make the moment even more poignant we settled down at a painfully sweet restaurant in Suzette overlooking the vineyards and downed some of the local wines. T’was a sleepy but happy drive back to Goult.

We grew to love the little village of Goult and our ‘Maison’, so it was with sadness that we handed the keys back and looked over our shoulders as the hilltop towns faded away in the distance. We needn’t have been downcast as the drive was of course spectacular. The remains of the lavender and the sunflowers beamed up at us as we navigated a course to Moustiers-Sainte-Marie. We never planned to stop, however on first glance the town beckoned us and we responded by battling an atrocious parking shortage in order to answer to its call. As it is with Provence, you never regret the effort and we were rewarded by what I believe was my favourite (and most picturesque) village thus far. Moustiers-Saint-Marie is flanked by limestone cliffs, making the settlement dramatic in its nature. The shops overflowed with pottery and other local wares which were hard to resist. The village square and bubbling stream cascading down from the cliffs were picture perfect. I can imagine locking myself away in this village to escape reality, this is how close to perfection it was.

Before long it was onwards and upwards to the Canyon du Verdon. We didn’t even make it into the snaking canyon roads before we had to pull over, so lured were we by the deep aqua breaking forth from the ragged cliffs. Joel and I promptly hired a kayak to get closer to the action. Each paddle stroke brought us further under the gaze of the canyon walls, alternatively directing the kayak under the closest waterfall or diving into the aqua bliss to cool off. Although we were reluctant to press on, the canyon held more jewels, unfolding as the kilometres clocked up. Joel was loving the sharp curves of the road, whereas I was holding my breath not daring to look out the window at the sheer drops – I kept my eyes firmly fixed on the unfolding panorama’s of Europe’s largest canyon. Honestly, it was an injustice to drive through as you could spend weeks in the region – I will return one day as there were several lovely campsites I spied throughout the journey. 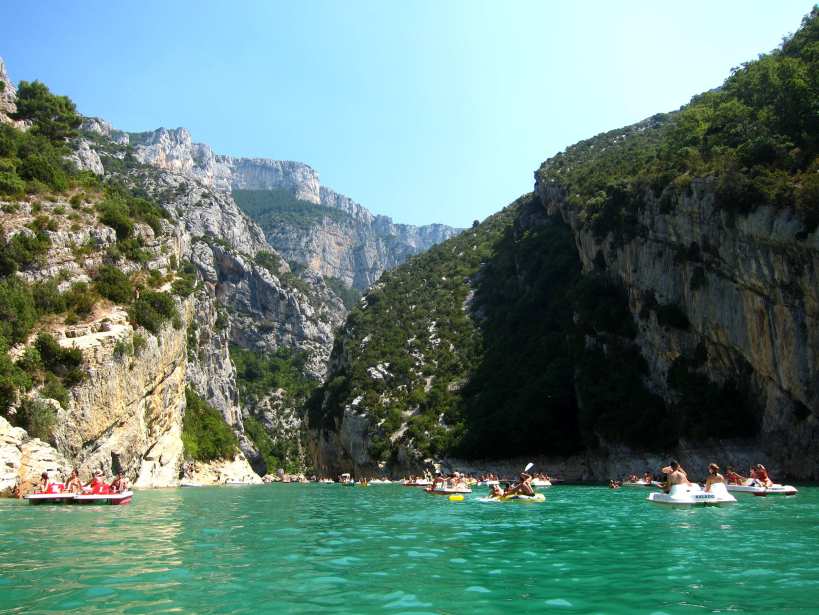 As with all journeys, there must always be an end point. For us this was a charming town nestled in the hills of the the cote d’azure – stay turned for the next blog!

Sonny days
Mackie....loved by not just her own kids, but her kid’s kids. Happy Mother’s Day @sooze3. Times like this I’m thankful our relationship does not just survive, but is able to thrive across the oceans xx
Found so many local treasures we otherwise never would have discovered #lockdown
It’s five years today and when I look at this picture I feel so many things. I feel the pain of you slipping through our fingers on that day and the sheer panic that we could never get you back. I am confused at why you are still gone. I laugh at your silly sock tan. I recognise the expression on your face like I only saw it yesterday and I sense the familiarity of the outline of your hands... but it starts to feel like a long time since I’ve felt them around me. I remember this day and how you were starting to find it hard to walk on the sand but you threw yourself in to it anyway, tripping frequently, because that’s what you did for your kids. You knew I wanted to walk on the beach after a long flight from London, and look how happy you made that walk. I feel so ripped off that you don’t even know River, Sonny and their cousins exist and it hurts so much that they missed out on your love. But, *I* didn’t miss out. And the overriding feeling of looking at this picture is the thankfulness that we loved one another fully. You were so selfless in your love. You easily could have suggested we moved home from London all those years ago when you were becoming more unwell, but you didn’t. That’s how much you loved me. Now that I have kids it is hard to imagine the personal cost it took for you to release me. You aren’t here daddy, but you are always teaching me and I suspect you always will xx
☀️ 2 years of Sunshine ☀️
Child of the wind, how I love you
Half term... you were much wetter than I wanted you to be! 🌧 💦
You take us on the wildest adventures, and we aren’t complaining! Happy birthday, my love @joelwardle x
Always leading us @joelwardle. Thank you x
Who would have thought that puddles were the epitome of brotherly bonding 💦
The only thing better than having you as my mum, is my boys having you as their Mackie. Love you mum xx
Killing me with his cuteness these days (Joel, that is 😉)