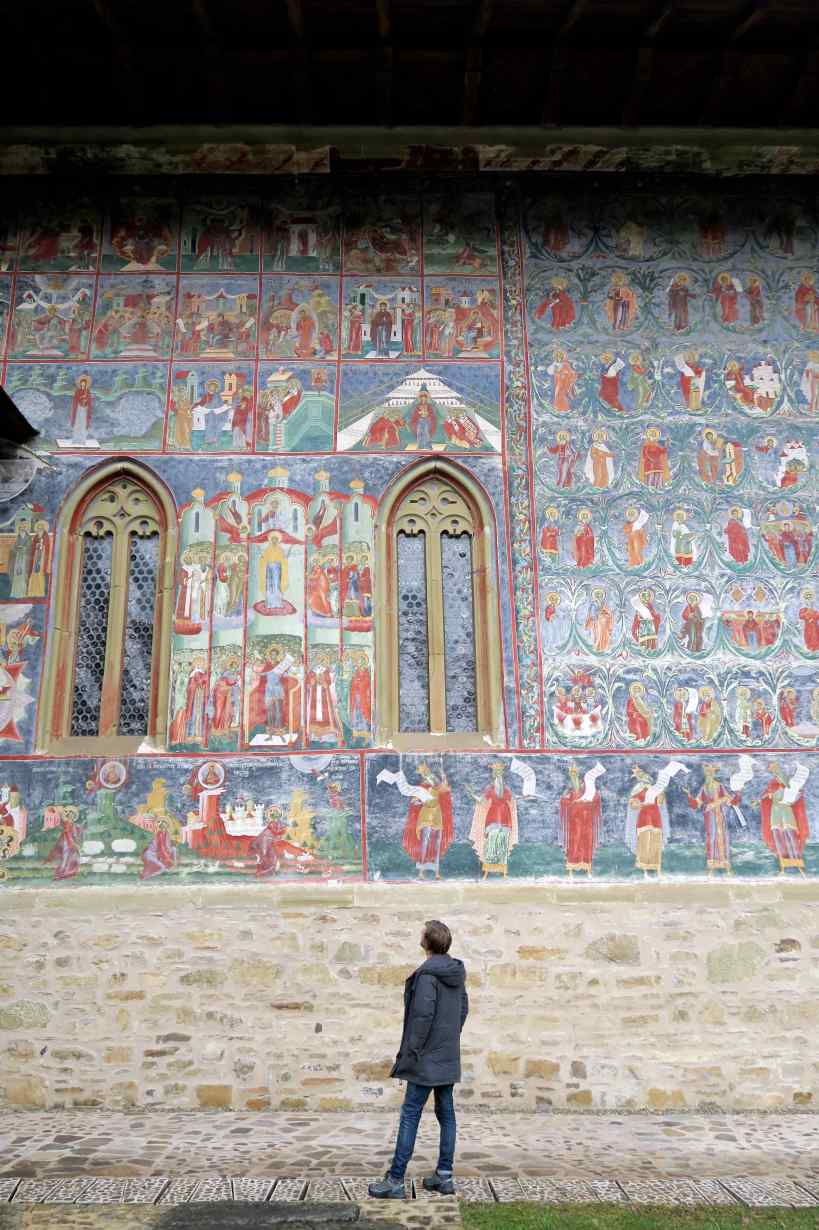 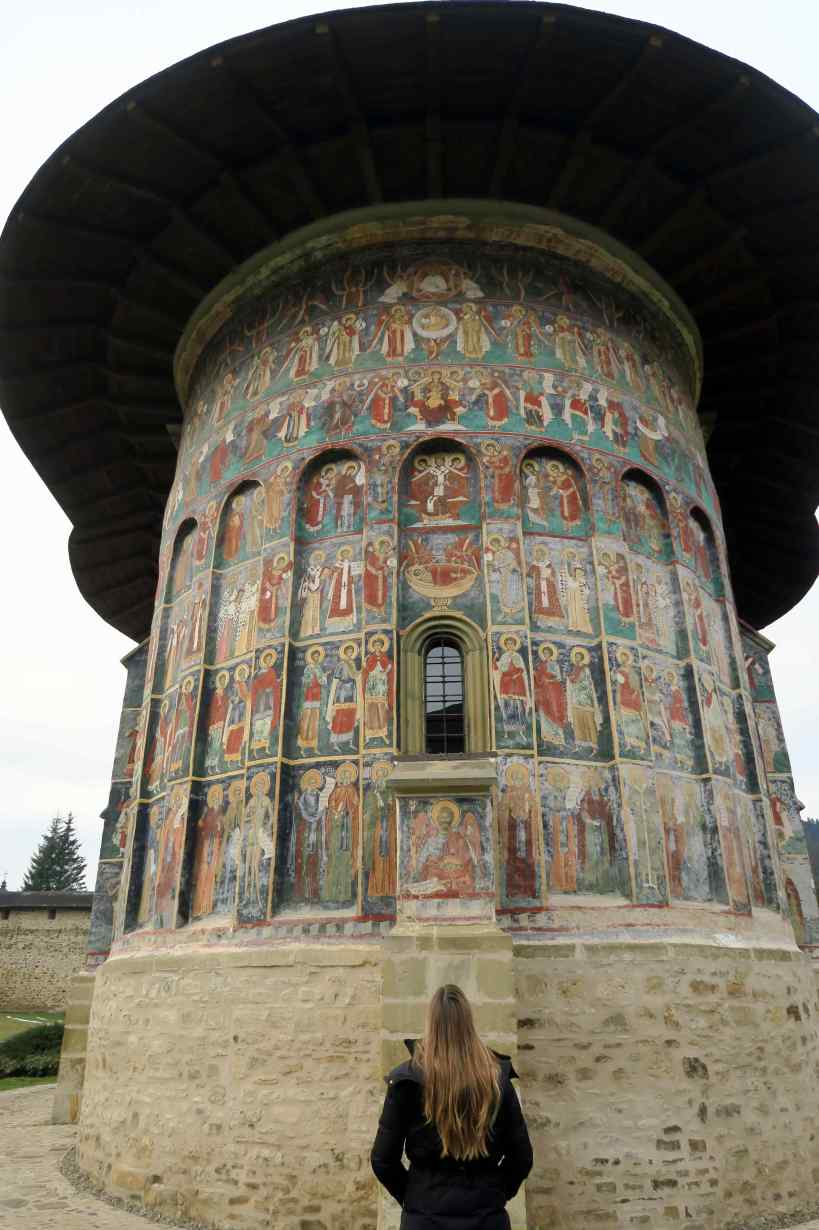 Unless you are a carefree, two-year- old toddler who is only obsessed with their next treat, you will have heard someone say at sometime or other, ‘They just don’t make things like they used to in the good old days’. Never have I seen a greater display of this statement than by laying my eyes upon the painted monasteries of Bucovina. We had extensively searched Google images to get a sense of what to expect from these 15 th century feats of architecture. However, not even the swagger of beautifully presented Google images prepared us for the real deal. Painted from head to toe, inside and outside, in a vibrant richness that looks like it has come from yesterday’s paintbrush, these monasteries are a true marvel and simply must be seen.

We were lucky enough to visit three in total: Voronet, Sucevita and Moldovita. Each one had its own appeal, each one lured us deeper into the past and each one told a story without the presence of words. END_OF_DOCUMENT_TOKEN_TO_BE_REPLACED