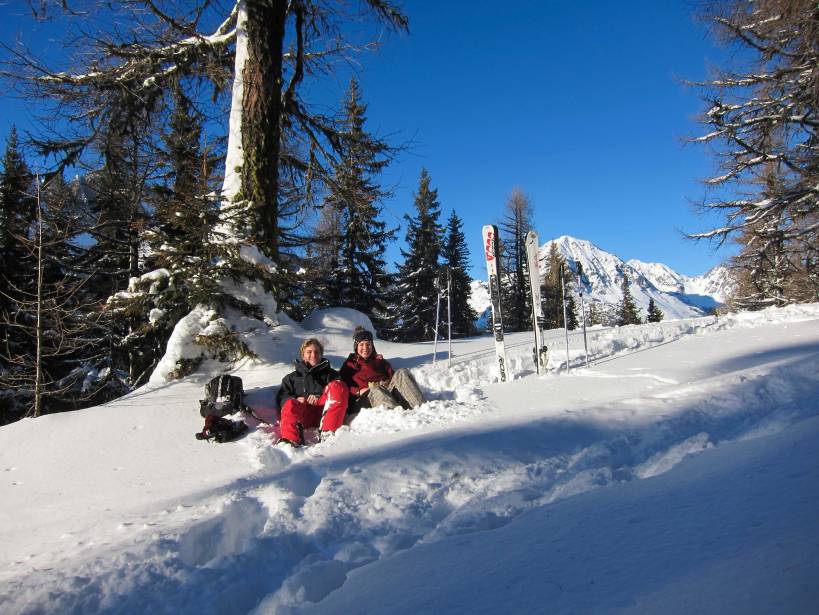 It was a French white Christmas, well, in 2011 that was. Yeah, we’re definitely playing catch-ups on the blog. Catch-ups or not, Chamonix is worth writing about.

We left an elephant-grey London behind and started our pursuit of ‘powder’. Now, both Lauren and I were wishing for ‘fresh powder’, but really, we had no idea what this actually was! It was just the thing to say when going skiing. Little did we know that our hopes of a ‘powder pursuit’ would very much come true.

On arrival, we jumped on a transfer bus and after gawking at the mountains for an hour or so, we arrived at our home for the next week; Chamonix (to save anyone the embarrassment now, it is a silent ‘x’, so now you can at least say it correctly in your head). We quickly dumped our bags in the most amazing chalet (I will come back to that later) and went exploring in the town as the sun began to set. What a privilege it was to stay right in the midst of the action in a ski-town. It was buzzing with the click-clack sound of hundreds of ski-boots as people were coming down from the last runs of the day. There were more headbands that you could poke a stick at, fresh baguettes under most peoples arms and the excitement was definitely building for Lauren and I to hit the slopes the next day.