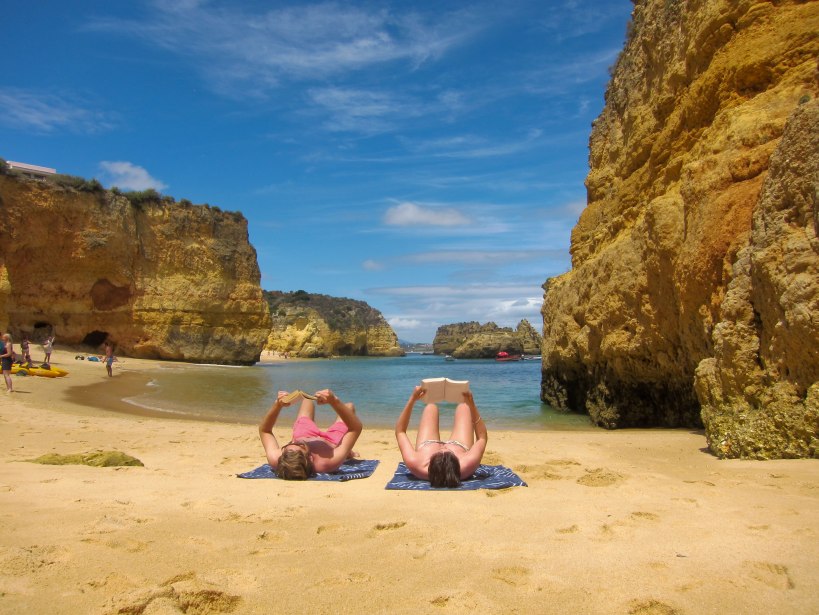 One downside to living in London is the persistently white skin (otherwise known as a lack of sun). The Algarve was added to the itinerary to rectify this pervasive problem quick-smart. The problem was, that we didn’t want to be two more pale ‘Brits’ swarming along the Portugese coastline with cameras in hand… we wanted something a bit more authentic.

Enter Bergau, the perfect solution to this endemic. Bergau is a small authentic Portuguese fishing village which has somehow escaped the mass tourism of nearby resort towns such as Lagos and Praia Da Luz. With its collection of white washed houses, vibrant fishing nets, welcoming local restaurants, slinking cats, all topped off with an expanse of sparkling blue sea and sandy beach – what is not to love? We took up residence in a spacious apartment, let to us by a local who cooked fresh fish each evening on an open grill in his doorway.Thus began the blissful barefooted days of salt and sun. Joel and I roamed the coastline like greedy vultures, dipping down into hidden coves and splashing in the (freezing) Atlantic. We kayaked through grottos, became shipwrecked on deserted beaches, and relished the freedom of the open ocean, which is what our Aussie hearts most needed! The town of Lagos, whilst touristed no doubt, was justifiably lovely and I danced around in my sarong under flowering jacaranda trees, humming a summer tune. We took every opportunity available to indulge in more Portuguese tarts and locally caught produce. Our induction into National culture was sealed as we consoled distraught Portuguese one night when they bowed out of Euro 2012. The flag waving ceased, and we cheered them on with vigour as they hit the bars hard to drown their misery.

One of the nice things about Bergau is that it is authentic, yet well positioned. It’s a stone-throw away from brilliant rock formations rising out of the crystal sea, making spectacular viewing along the coastal paths. It is also a short drive from Cabo de São Vicente, the most southwestern point of Portugal, and within reach of gorgeous stretches of white sand belonging to multiple beaches in between. Not that you would have needed to leave the town of course. The air was constantly alive with chatter from the locals, who roamed around in threadbare shirts making the daily social rounds. As the tide came in and out with the fishing boats, we became accustomed to a slower pace of life, doing our souls a favour.

If you are in the area I would recommend a stop off at Algar Seco, a unique warren of caves opening out to the Atlantic Ocean. It took a great act of willpower to tear ourselves away for the return journey to Lisbon. Knowing our grief would be great, we planned a visit to the ancient municipality of Sintra that afternoon. All I can say is, it was worth every ounce of effort to experience this romantic 19th Century landscape. I have seen more castles than I can count since our arrival in Europe, but nothing has come close to the Moorish Castle ruins in Sintra.

To sum up the experience – OH&S? Naaahhh don’t worry about it mate… climb on whatever ruin you can find! This liberating approach (for as long as it lasts) gets the tick in my book! Every fairytale I read when I was a child came to life as we scurried up moss leaden steps, scaled castle walls, tiptoed through gardens, ascended turrets, and chased each other along the ramparts. The views were vast and expansive, visitors few and I, well, I was Cinderella.

With Portugal truly having woven its magic, two content travellers arrived wearily at the airport. Only to be told that the flight was overbooked, and since we got the cheap tickets, we were effectively ‘booted’ off the plane. Joel and I stared blankly at the TAP air assistant in confusion, the magic of Portugal rapidly diminishing. After some tears the magic returned in the form of an 800 euro cash card, and overnight at the Hilton complete with buffet and wine! Thanks TAP air (but seriously, never fly them – it’s the only negative thing I have to say about Portugal!). 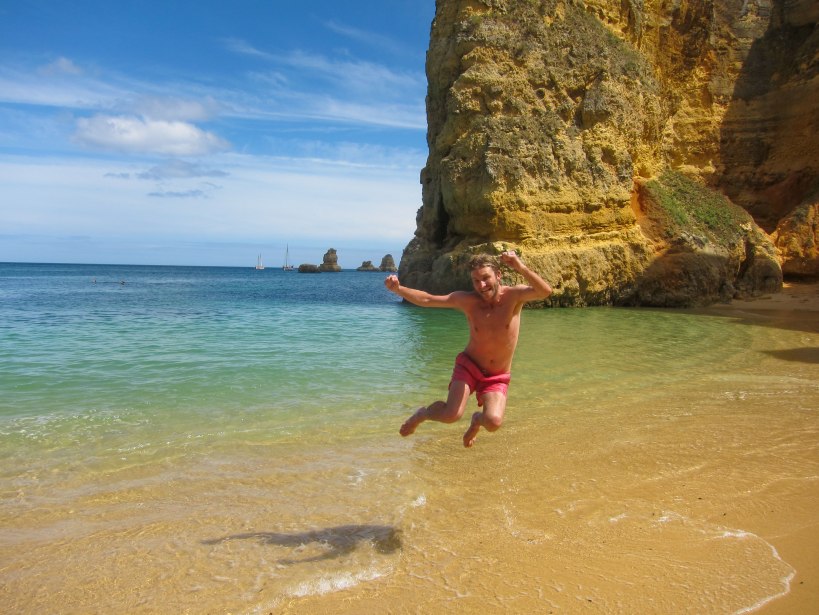 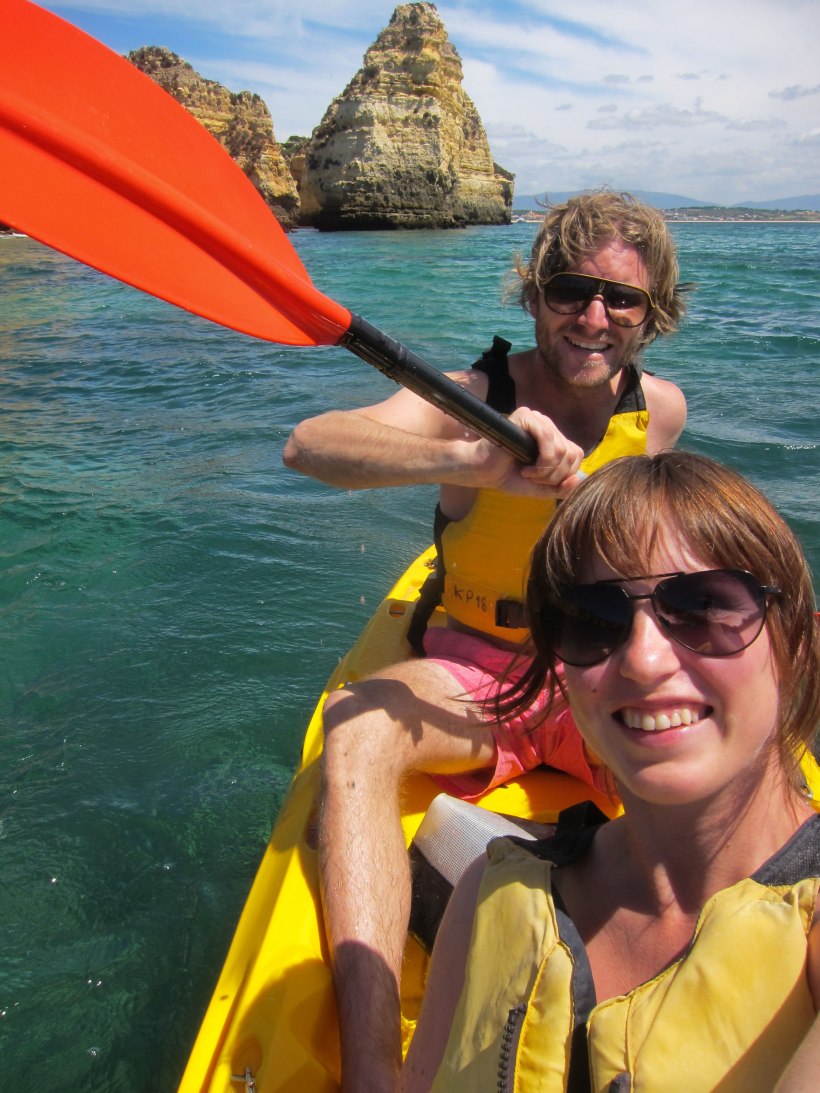 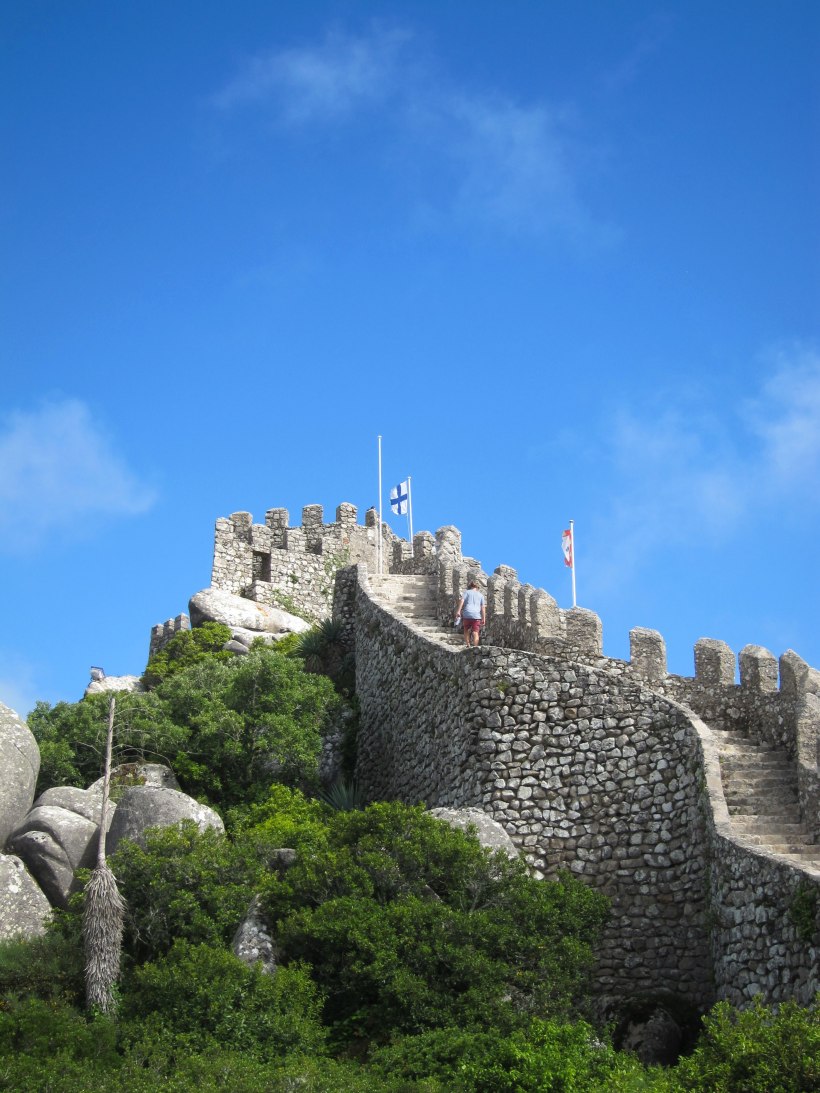 Always leading us @joelwardle. Thank you x
Who would have thought that puddles were the epitome of brotherly bonding 💦
The only thing better than having you as my mum, is my boys having you as their Mackie. Love you mum xx
Killing me with his cuteness these days (Joel, that is 😉)
Always collecting 🌾🌱🌻 I never regret walking slowly, yet I often regret walking too fast. Funny that...
We don’t walk anymore. Anywhere. If you have boys, you know #mumofboys
River said he wants to stay in Greece....fair
One kid asleep and another occupied by a generous daddy who sneakily snapped a rare moment of actual real solitude. Pinch me pinch me pinch me, I read 40 pages #result
A sea of blue and my little mate too. He has made a little Greek friend these past few days, and those little moments, watching them splashing in the ocean together, running along the sand and playing games for six hours straight.... they make me think maybe, just maybe, we are doing an ok thing here in Europe with our kids #eu
When you find a restaurant that lets the kids wander around and fill their buckets and dump trucks with pebbles, unloading them on the table in little piles....you eat there every night #sunsetandwineforus #fivenightsrunning
Cross the ocean twinkle toes 💦
Feels like i’m cheating the system #europe